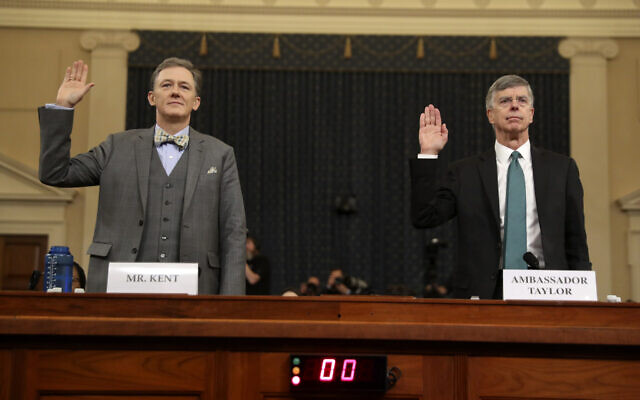 From the perspective on the White House and some top Republicans, U.S. Rep. Chris Stewart’s scrutinizing of previous U.S. Represetative to Ukraine Marie Yovanovitch on Friday was where House Democrats’ indictment contention indicated the gathering had “no case” against President Trump.

During Friday’s formal reviews, Yovanovitvh told Stewart, an Utah Republican on the House Intelligence Committee, that she could supply the board with no data in regards to crime or influences that President Trump may have been associated with.

Stewart: “I would now feel compelled to ask you, Madam Ambassador, as you sit here before us, very simply and directly, do you have any information regarding the president of the United States accepting any bribes?”

Stewart: “Do you have any information regarding any criminal activity that the president of the United States has been involved with at all?”

Stewart expressed gratitude toward Yovanovitch before anticipating that open help for reprimand would diminish after the hearings.

Both the White House and some top Republicans responded to the trade, saying it demonstrated their contention that the denunciation request was without merit.

“In 30 seconds,” a White House message on Twitter read, found the solutions that House democrats have gone through 7 hours attempting to maintain a strategic distance from.

“7 hours that Congress could’ve spent working for you–on drug price legislation, USMCA, immigration reform, or infrastructure–instead of for their own political careers.”