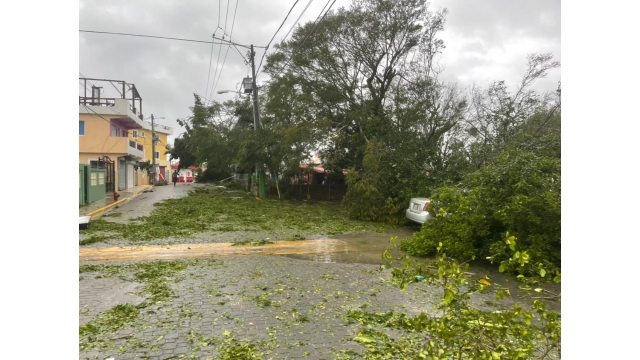 How Bayahibe prepares for a Hurricane Category 1 or higher:

Every morning forecasts from various sources are checked to see any tropical depressions coming from the coast of Africa heading towards the Caribbean.

It is important to stay on high alert and review the updates of the National Hurricane Center. Two days before the storm is scheduled to cause high winds, waves and rain, preparation starts.

The excursion boats are moved to the mangroves where they are protected from strong winds and waves. The brave captains stay with the boats so food and drinks are prepared for them before they are sent off.

Offices are prepared by moving all valuable electronics as well as paperwork to private property and everything is moved to a higher level to avoid damage from flooding. All electronics are unplugged and the electricity is switched off. Hurricane shutters are closed and secured.

The river boats are put on winches to be able to move up and down as the water rises or falls. This requires a team to be there at all times during the storm and is not a job for the faint hearted. The biggest risk besides the obvious flooding on the river are large pieces of debris that can crash into the boats and cause damage. The water level of the river can rise up to 8m from its normal level causing massive flooding including the river bank properties.

People buy supplies for at least 6 days in preparation for not being able to leave their houses. This means, drinking water, food, candles etc. All electronic devices are charged as well as back up batteries. Windows are taped in order to prevent glass shattering.

When all of this is done neighbors are helped to make sure everyone is ready. Bayahibe village prepares by clearing all debris from the storm water drainage system and cutting down large trees that might pose a threat in case they were to fall over.

A few hours before the storm hits the electricity and running water is turned off for safety.

“As the storm hits it is quite a strange feeling, the wind starts picking up and shortly after it will start to rain. As the rain gets stronger you soon realize the weaker spots of your apartment or house as water will start coming in from the most unexpected places. Wind picks up and it can get very loud and noisy. If it is a Hurricane category 1 or higher and it is more or less a direct hit, like in the case of Fiona, the most frightening moments are the sounds of the trees falling over and the zinc roofs flying. Needless to say you can forget about getting some shuteye.

Depending on the speed that the storm is moving at it can last anywhere between 3-12 hours before the winds calm down. After the strong winds have passed we go have a look outside and check up on our family, friends, captains, neighbors, boats, offices, cars etc. It is always quite a shock to see the debris from fallen trees and branches. The amount of cleanup becomes apparent.” – Kirsten Tilanus

The streets of Bayahibe are generally very well prepared for storm water runoff but there are a few places where the roads can flood to about waist high.

The town of Bayahibe starts with the cleanup and the electricity company fixes all lines that might have been damaged in order to restore the basic necessities like electricity and running water as soon as possible.

Everybody helps everybody. The village unites.

Typically it will rain for a few more days after a hurricane and after the first major cleanup it is time to start preparing to get all businesses back up and running. As an example, Hurricane Fiona hit the Dominican Republic on Monday September 19 at around 2am early in the morning. The excursion boats came back from the mangroves on Thursday morning and it was business as usual again on Monday September 26.

It was impressive to see the extraordinary effort of efficient and quick clean up after the storm by the municipality of Bayahibe.

After hurricane Fiona the village of Bayahibe was grateful for no loss of life or injury but suffered some structural damage to houses, businesses and excursion boats on the river. It took about a week and a big investment for repairs.

Bayahibe is a small community and is generally well prepared for natural disasters and usually recovers fairly quickly. Unfortunately that is not the case for neighboring communities like Mano Juan on Saona Island, Benerito and Higuey who suffer the consequences long after.

SeavisTours has so far helped their direct employees and donated for the relief effort of neighboring less fortunate communities. Hurricane season ends at the end of November and everyone is hoping for a gentle next 2 months.

In order to help the less fortunate communities surrounding Bayahibe, donations are accepted, every little bit helps. Please contact SeavisTours by visiting https://www.seavisbayahibe.com/Welcome_e.htm who are continuing to support those in need.